KUCHING: It would be a great loss for the opposition in Sarawak if they fail to come to an agreement on seat allocation issues ahead of the next Sarawak election.

Socio-political analyst Awang Azman Pawi of Universiti Malaya (UM) said such a situation would not benefit any of the opposition parties but instead further strengthen the position of the Gabungan Parti Sarawak (GPS) ruling coalition.

He said since the opposition parties have the same political enemy, which is the GPS government, Sarawak Pakatan Harapan and Parti Sarawak Bersatu should work together, to reduce split votes and increase their chances of winning.

“DAP, PKR and PSB should focus on going against GPS instead of fighting among themselves to contest in more seats. They should not be too greedy when it comes to seats,” he told FMT.

Awang Azman was commenting on a statement which was posted on Sarawak PKR chairman Larry Sng’s Facebook, saying there was no possibility of cooperating with PSB in the state election following the latter’s intention to contest all 82 seats.

Sng said PSB’s hardline position left no room for consideration and that any notion of an alliance between PKR and PSB was now dead.

Awang Azman said it was difficult for PKR and PSB to work together as they don’t trust each other and there are seats which both parties want to contest.

“There are seats where both parties think they can win. But, they should negotiate seat allocation issues among themselves without making it public or through the media as it does not resolve the issue.

“It only makes all the opposition parties look very bad,” he said. 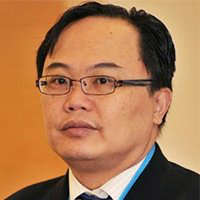 However, James Chin of the University of Tasmania’s Asia Institute suggested that there are no permanent friends and enemies in politics as it depends on circumstances.

“So, I believe the atmosphere will be different once the election is called,” the political analyst said.

He said the problem among the opposition in Sarawak was that PSB wanted to contest in more than 40 seats based on their objective to form the next state government.

“If there are more than 40 seats taken by PSB, there wouldn’t be enough seats left for DAP and PKR. So, both sides cannot reconcile. But, things will change and they are likely to have some sort of agreement when the election comes around,” he said.